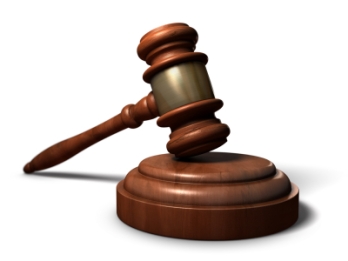 There seems to be a general misunderstanding of what constitutes illegal activity within the sex worker community. Everyone understands what prostitution is and how it is illegal except within licensed brothels in several counties in Nevada in the United States. However, there is a misconception that escorting, spending time with someone in exchange for money, but not engaging in sexual activity is completely legal. And then there is the grey area of being a Domme or a Dom, if you’re a man. Most Dommes or Doms, do not engage in penetrative sex, so therefore, there is a misconception that it is not prostitution. However, this really depends on how the laws defining prostitution are drafted in your particular state. Since there is some type of sexual pleasure being paid for by a client, it is quite possible that a local District Attorney or City Attorney, may be able to bring prostitution charges against a Domme or Dom. I would strongly suggest that any Domme or Dom reading this, consult with a local criminal defense attorney to clarify this issue. Better safe than sorry.

As to the issue of escorting without engaging in sexual activity, this may also be illegal in your state, county or city, unless you are a licensed escort working under a licensed escort agency. In Los Angeles, there is a Municipal Code section that allows for the licensing of escort agencies and escorts themselves, through an agency.

These are the actual code sections from the Los Angeles Municipal Code; 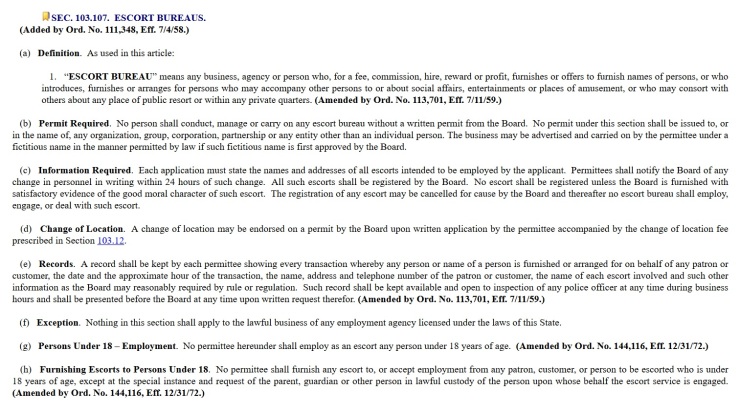 In Los Angeles, if someone merely shows up for an appointment with a client, and that appointment ends up being a sting operation, if you are not a licensed escort, that person can still be arrested and prosecuted for escorting without a license, whether they were there to have dinner, give a massage, perform a strip tease or just talk. It makes no difference why the person was there, the mere fact that they were only exchanging their non sexual services and/or time for money is still illegal without a license. I have handled numerous cases in criminal court in Los Angeles, wherein my client got arrested during a sting operation and did not offer to engage in sexual activity for money. They could not be charged with a prostitution related offense, however, they were still charged with escorting without a license, which carries the exact same penalties as prostitution. No pun intended, but they get you coming or going.

There are many cities that allow for legal escorting. For example here is the municipal code for Milwaukee, WI in regards to legal escort businesses;

Again, I would strongly suggest that you contact and consult with a local attorney in your area in regards to escorting laws in your town or city. There may or may not be codes against escorting without a license.