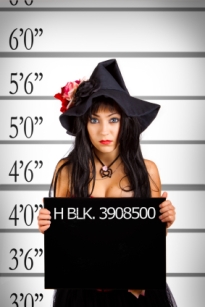 It has only been three days since FOSTA was signed into law by President Trump. It is far too soon to know what will happen next. However, what is clear is that vast swaths of the Internet have been censored. This is not unique as a technique the government uses to censor the Internet. This has all happened before. Below is a small sample of the fall out of FOSTA. These are all sex worker friendly sites that have closed or has changed parts of their services provided;

Thank you to http://thedrsuereview.com/list-of-fosta-sesta-fallout/ for compiling this list and keeping it updated. On Tuesday April 17 at 10pm EDT, I will be joining Dr. Sue ( https://twitter.com/DoctorSue ) and Ashley Jill ( https://twitter.com/AshleyJillPinup ) for a live broadcast where we will be discussing the FOSTA/SESTA FALLOUT. Please join us and call in.

What you can see is that just the fear of FOSTA has already caused a chilling of free speech online and I believe this to be one of the intended consequences of FOSTA. Not one website or person has been raided, seized, arrested, prosecuted or convicted because of FOSTA but yet, a huge portion of sex worker websites are now gone. This is exactly what the government wanted. Its much easier and less costly to allow fear to close sites than it is to actually investigate and prosecute them. The fear of incarceration is a motivating factor for many.

Most of those of you reading this article might be unaware of another federal law that those who produce pornography are very familiar with 18 U.S.C. 2257 – SEXUAL EXPLOITATION AND OTHER ABUSE OF CHILDREN which requires producers of pornography to check the identification of actors and to keep records to insure children are not used in the production of pornography. Each violation of 2257 is a felony and carries up to a 5 year jail term.

When the government decided to enforce 18 USC 2257, more than 400 million webpages were voluntarily removed from the Internet because the owners of those websites did not believe they were compliant with the law and could be arrested. People were very afraid and simply shut down their websites completely.

You may ask, how many people has the US government prosecuted under 18 U.S.C 2257, well the answer might surprise you, one. Only 2 people were ever charged with a violation of 18 U.S.C 2257 – Joe Francis of Girls Gone Wild and Ira Isaacs but the charges against Isaacs were eventually dropped. Only Joe Francis actually accepted a plea deal on his 2257 charges and I believe he served no jail time for his violation.

FOSTA may be the government’s 2257 fear based legislation in regards to online escorting. Time will tell though. Just the fear of FOSTA is causing the same effect on the online escorting industry as the fear of 2257 did to the online pornography industry. Millions of pages have been removed from the Internet without a single shot being fired in the war.